“Trust, respect, being open, transparent, trustworthy, and offering honest communication will result in a satisfied and engaged workforce that will remain with your organization for the right reasons.”Dr. Harold Urman

Harold, since starting Vital Research in 1982, you’ve leveraged your findings and research to provide insight to different clients. What can you tell us about the impact an employee feedback survey can make? Why are they necessary?

It’s important to hear the voice of staff members who can offer their honest opinions and beliefs about the culture of an organization, the work environment, their satisfaction, and their level of engagement. It is an opportunity to learn directly from staff what is working well and where opportunities for improvement exist. As much as upper management believes that employees are open and honest with them, it’s rarely the case that employees will express issues and concerns they have directly to management.

What would you say is the key component to a successful employee survey?

First, you must have buy-in from everyone in the organization that a survey is a valuable way to gather feedback. Second, you must communicate the importance and value of the survey in advance to staff. Maintaining confidentiality and anonymity are critical. Third, if possible, no one from the organization should be involved in the distribution and collection of the survey. Finally, you must communicate the results back to staff and inform them of where you are doing well, identify opportunities for improvement and action plans to address any areas of concern.

What were some of the findings the LeadingAge California Workforce Survey revealed?

In the Workforce Survey we recently conducted for LeadingAge California, we asked the question, “Have you ever thought about leaving this organization?” Nearly half of all employees said they had thought about leaving. We then followed up with, “What are some of the things that would have to happen for you to consider leaving?” We found that non-exempt employees tended to answer in more concrete ways, such as being disrespected by managers, poor communication, issues with co-workers, and disrespect towards residents as factors that would lead them to consider leaving their job.

But when analyzing the responses from exempt employees, their reasons for leaving tended to be a little less concrete and more cultural. This group indicated that changes in leadership or supervisor, unclear definitions of roles and responsibilities and feeling like they didn’t have a voice in the organization could cause them to want to leave.

We also asked employees about their loyalty using the Net Promoter Score (NPS). The NPS is a single question that asks employees to rate how likely they would recommend an organization to a friend, family member to a colleague. The rating scale ranges from 0 to 10 with a rating of zero equaling “not at all likely” to 10 equaling “extremely likely.” Employees who give a rating of 9 or 10 are considered promoters and they are loyal and enthusiastic cheerleaders for the organization. A rating of six or less is considered a detractor. Detractors are unhappy customers and account for more than 80 percent of negative word-of-mouth. They often have high rates of defection and their bad attitudes discourage and demotivate employees.

In the LeadingAge California Workforce Survey, we learned that 1 in 4 non-exempt employees (25 percent) were detractors compared to only 7 percent of exempt and 10 percent of managers and supervisors. In the Workforce Survey, we also asked people why they went into this field in the first place, and more often than not, non-exempt employees would say, ‘I wanted to help people,’ or ‘I’ve always had the heart for the elderly.’ So you can see that this population that is providing direct care most of the time, such as CNAs, see this as their calling or as their direction in life. So what often causes line staff to leave isn’t the opportunity for more money elsewhere. When you feel this passionate about wanting to help people, money is not going to make the difference. I think lack of respect for their job, not recognizing the work that they do, and the hard work they do plays a stronger role in someone’s decision to leave. People don’t leave the organization, they leave their supervisor.

What should employers keep in mind to alleviate some of these issues as we head into the new year?

We’ve been looking at employee satisfaction and engagement in aging services for close to 20 years. And I have to say, that the issues being presented today are not that different from the issues that we saw back in the early 2000s. In the work that I do in just consumer satisfaction, all my years of experience have led me to believe that it’s only personal. It’s all based on relationships, on treating people the way you would want to be treated. Trust. Respect. Being open, transparent, trustworthy, and offering honest communication will result in a satisfied and engaged workforce that will remain with your organization for the right reasons. 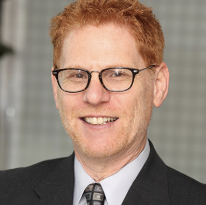 Harold Urman co-founded Vital Research in 1982 because he wanted his research to make a difference in the lives of others. Harold focuses on research and evaluation study design, survey development, psychometrics and statistical analysis, and large-scale data management and organization.